Women arrested at restaurant after fight over handwashing 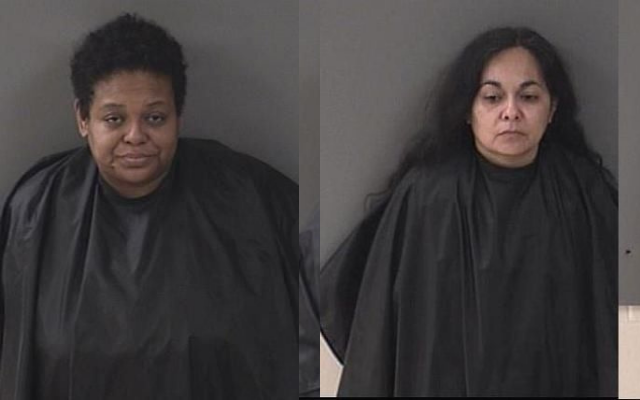 Two Florida women have been arrested after a request for a refund due to lack of hygiene turned into a fist fight.

The incident was reported at a Little Caesars Pizza in Indian River County on February 27th.

Officials say they were called to the location around 10:00 pm, after staff members told them that they have an unruly customer who refused to leave the store.

42-year-old Kathmia Strachan told authorities that she came into the store and ordered a pizza two weeks ago but changed her mind and requested a refund after witnessing employees handling food without washing their hands or wearing gloves.  Strachan says that the store told her that because she paid with credit card, it would take three to five business days for the return to appear on her card.

After waiting for her refund and still not receiving it, Strachan said she decided to go to the store and request the refund in person.

When Strachan arrived to the pizza place, an employee informed her that she could not give her cash from the register for a transaction made by a credit card and that she had no control over the refund processing time.

That’s when Strachan began yelling and cursing at the employee.  The employee’s mother who was at the restaurant to pick up her child then intervened in the argument. Strachan reportedly told the woman identified as 46-year-old Aurea Barrios-Cardenas to mind her own business, but Barrios-Cardenas continued to get involved.

Strachan then decided to record the incident with her phone with-in inches of Barrios-Cardenas face. Barrios-Cardenas then grabbed the woman’s phone and her arm and that’s when the fist fight started.

After receiving surveillance footage of the incident, authorities decided to arrest both parties.

They both are now facing fighting in public and disrupting the peace charges.