Woman arrested after assaulting neighbors in argument over leaves 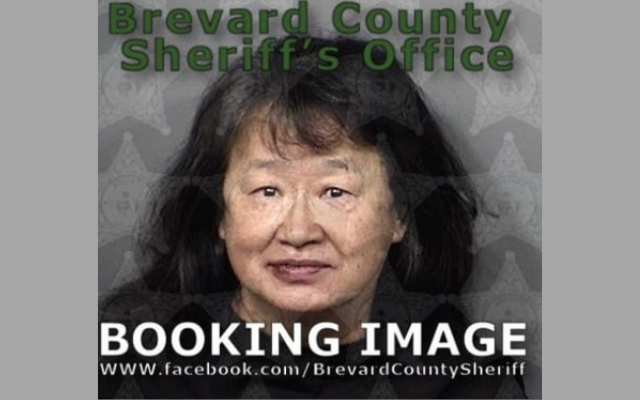 A Palm Bay area woman has been arrested after a struggle over a leaf blower.  she reportedly stabbed two of her neighbors with a kitchen knife.

The incident occurred on Sunday.

Authorities say 66-year-old Kyong Moulton came and found leaves on her property and believed that they had been put their by her neighbor’s across the way. She then got out her leaf blower and began blowing the leaves towards their yard.

When the neighbor’s found Moulton outside of their home with the blower, they then came outside to confront her.

The mother and the son came out of the home first, however, when the sister went to intervene, that’s when Moulton allegedly slapped the sister.

A struggle then ensued.

In a police interview, the family told police that Moulton pulled out a steak knife and stabbed the sister in the leg. The family then said that the brother was stabbed in the arm when he went to go help his sister.

Moulton told police that she did not stab anyone.

During their investigation, police discovered a surveillance video showing Moulton pushing the man and a struggle between her and the sister. The video also captures the mother falling to the ground as if she’d been pushed, however, authorities say they did not find any evidence that anyone had been stabbed.

Moulton was charged with two counts of aggravated battery and one count of battery on a person 65 years of age or older.