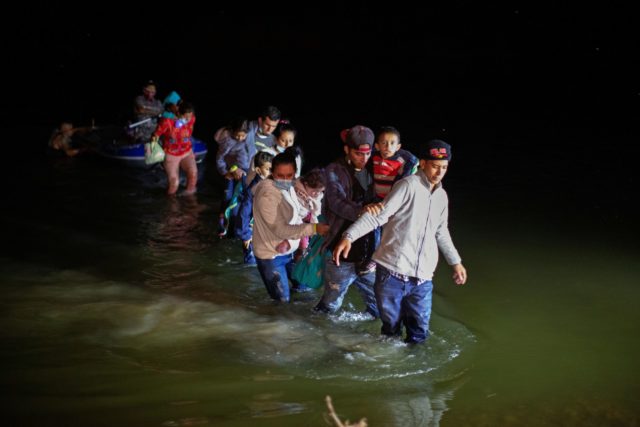 (SAN ANTONIO, TX) — A democrat sheriff in San Antonio, Texas is asking for a criminal investigation into Florida Governor Ron DeSantis’ transport of illegal migrants from the border to Martha’s Vineyard.

Bexar County Sheriff Javier Salazar alleges the migrants were lured from a migrant resource center in San Antonio with the promise of jobs.

"What infuriates me the most…"

Bexar County Sheriff Javier Salazar isn't pulling punches. His office is opening an investigation into the migrant flight from Texas to Florida and finally to Martha's Vineyard. pic.twitter.com/Dq1GDfGQvi

Salazar, again who is a Democrat, did not speak up for the 53 migrants who died in the back of a truck in San Antonio.

Homero Zamorano Jr. of Pasadena and Christian Martinez of Palestine face charges of transporting illegal migrants in a way that resulted in serious injury, death and the jeopardizing of lives.

If tried and convicted, the men could face life in prison or the death penalty.

Fifty-three migrants died after being trapped in a sweltering tractor-trailer found near Lackland Air Force Base in San Antonio in late June 2022.

Apparently the sheriff is more concerned for the 48 migrants sent to Martha’s Vineyard saying that they were “hoodwinked” by Desantis and “left to fend for themselves in what was no more than a photo op.”

Governor DeSantis says the migrants all signed a consent form and were provided with plenty of information on where to go for food and shelter when they arrived on the exclusive island.

In addition to the criminal investigation, the sheriff says he is working with private attorneys who are representing the victims, as well as advocacy organizations.