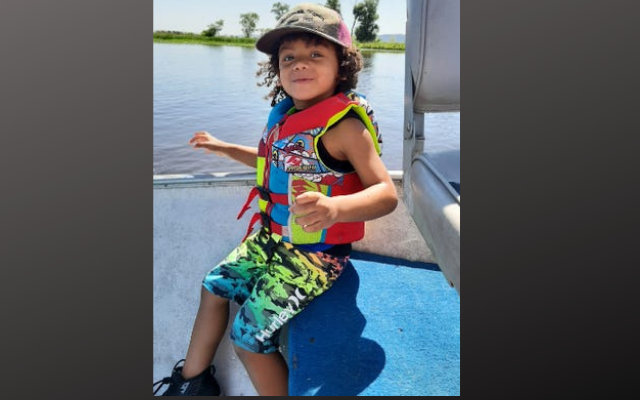 The Milwaukee Police Department is currently searching for a missing 3-year-old boy after his mom was found dead and her suspected killer committed suicide.

Major Harris was reported missing since Thursday morning after stranger discovered the body of his mother 25-year-old Mallery Muenzenberger,  in the backyard of a home on the 2600 block of North 37th Street home earlier that day.

Officials reported that while Muenzenberger’s cause of death is currently unknown, she suffered “obvious signs of trauma.”

Authorities identified 20-year-old Jaheem Clark as a person on interest in Muenzenberger’s death and believed the child may have been in Clark’s custody, however, after conducting a search of Clark’s home on Sunday, authorities found Clark dead of self inflicted wounds and the child no where to be found.

The Milwaukee Police Department has been joined by local, state and federal agencies in the search for the child.

He is described as slender, light complexion black child with shoulder length curly hair. He stands approximately 3 feet tall and weighs about 40 pounds.

He was last seen wearing a dark blue T-shirt and navy Nike basketball shorts.  His hair was styled in four zigzag braids.

The vehicle Clark was said to have been traveling in has not been found. The vehicle is described as a black 2008 Chevrolet Equinox with Wisconsin license plate number ABE-2804.