NASCAR driver Ryan Newman has been released from the hospital after being involved in a terrible crash during the final lap at the Daytona 500 on Monday evening.

According to a statement tweeted by Newman’s racing team, Roush Fenway Racing, the driver was released from Halifax Medical Center in Daytona, Florida on Wednesday. 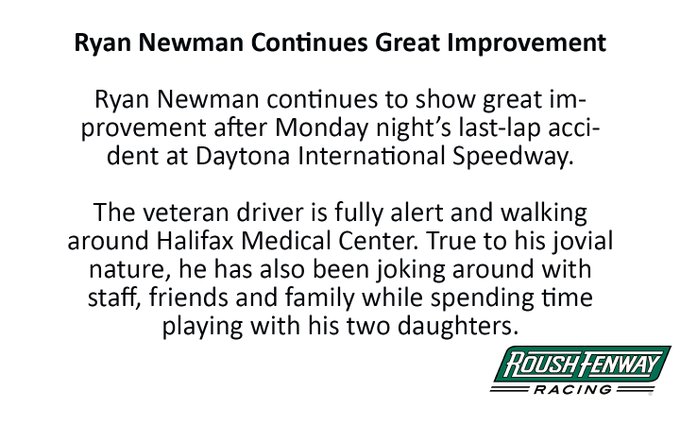 His wife also tweeted a video of him walking out of the hospital with their daughters beside him:

Yesterday it was being reported that Newman was awake at the hospital.

Newman was leading in the final lap of the Daytona 500 on Monday evening when he was bumped from behind and crashed into the wall. His car was rammed by another racer, which caused him to flip multiple times before it slid on its roof and burst into flames.