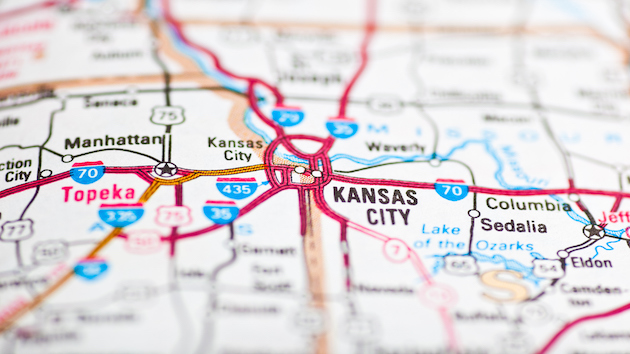 (KANSAS CITY, Mo.) — A pilot who landed his plane on a Missouri highway early Friday after running out of fuel was arrested for allegedly flying while intoxicated, authorities said.

Troopers responded to reports of a small plane blocking the westbound lanes of I-70 near the Kansas City suburb of Grain Valley around 3 a.m. local time.

The plane managed to avoid hitting any vehicles but had a “minor collision” with a guardrail, Missouri State Highway Patrol said. The pilot, who was the only person on board, suffered minor injuries, it said.

Authorities determined that the plane had run out of fuel when the pilot radioed in and made an emergency landing on the highway.

Initial report is a small plane landed on the highway for an unknown reason. The pilot was the only person onboard w/ minor injuries. NO vehicles were hit!@MoDOT_KC is responding due to lane closure. Expect delays. pic.twitter.com/Q6SIIJhXRk

The pilot, identified by authorities as 35-year-old John Seesing was arrested after he was “found to be intoxicated,” Missouri State Highway Patrol said.

Seesing was treated at a local hospital for his injuries and underwent blood testing in connection with the charges, Bell said. He has since been released, he said.

It is unclear if Seesing has an attorney.

The single-engine Piper plane was towed from the scene and all lanes on the highway had reopened by 5:30 a.m.

Troopers believe the pilot was flying from Florida to the Kansas City Downtown Airport.

The Federal Aviation Administration is also investigating the incident.