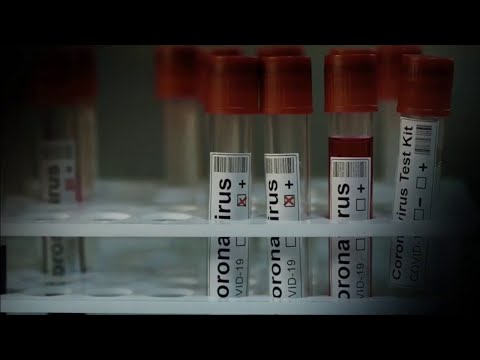 Palm Beach County’s top official says “nothing is off the table” in terms of potentially shutting down the local economy again in order to slow the spread of the coronavirus.

During a news conference on Friday afternoon, Mayor Dave Kerner said such a major decision will be based on the COVID-19 positivity rate in the county.

“If the positivity rates start to go up precipitously as they have in other communities, I know where those positivity rates lead us, and I won’t hesitate for a moment to do what needs to be done to keep the public safety and health,” Kerner said.

The COVID-19 positivity rate in Palm Beach County as of Friday was 12 percent, according to Kerner, an increase from 9.3 percent from three weeks ago.

“If the conduct and the metrics and the data indicate that we’re headed in a bad place, then we probably, absolutely would close the economy down,” the mayor added.

Palm Beach County remains in Phase One of Florida’s reopening plan, meaning that restaurants, retail stores, fitness centers and gyms, as well as museums and libraries, may operate at 50 percent capacity indoors.

Kerner said rolling back those economic regulations would be a policy decision to be made by the entire Board of County Commissioners.

“I want to remind everybody that we’re not there yet because of your great work,” he explained.

The mayor emphasized that a countywide mask mandate remains in effect, requiring everyone to wear face coverings in public places in Palm Beach County where social distancing is not possible or is not being practiced.

He announced that 30,000 additional vials of the drug Remdesivir will be delivered to Florida hospitals within the next 48 to 72 hours.

Those vials will help treat between 5,000 and 6,000 coronavirus patients, according to the governor.

DeSantis asked those who have already recovered from the virus and are positive for the antibodies to consider donating blood.

“Another type of treatment that is also proven to have a positive impact is the use of convalescent plasma,” he said. “So this is people donate blood who have the antibodies for COVID-19 and then that can be used as a treatment for patients who are suffering under the illness.”

The governor also took the opportunity to reassure parents who are concerned about sending their children back to classrooms while Florida continues to fight the coronavirus.

“I can tell you having dealt with this every day since February and looked at the data in the U.S., Florida, across the world, and as a father of three young kids, I do not fear this virus’ effect on my kids,” DeSantis said.

He continued, “I think the risk is incredibly low. I fear way more things in terms of their health and safety, but I would not have any problem having them in school if they were — they’re not school age — but if they were I would absolutely do that and I think it would be safe for them.”

The governor went on to say that the percentage of people testing positive had also started to taper off, which he says is a promising sign of “positive movement.”

“We’ve certainly reached a point of stability on the percent positive,” DeSantis said, “and I think you do see a slight downward trend.”

The coronavirus “is an enemy for us for sure,” DeSantis said, “but so too is fear.”

“I think fear is our enemy here,” he continued, “and I think we approach this with a steady resolve, I think we’re going to handle it much, much better.”

According to the latest numbers from the Florida Department of Health, there are 25,785 confirmed cases of COVID-19 in Palm Beach County as of Sunday morning, including 679 deaths.