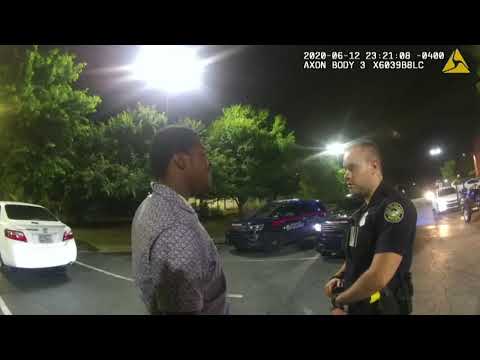 Fulton County District Attorney Paul Howard said that his office was filing charges against the two police officers involved in the shooting death of Rayshard Brooks.

Surveillance video and footage from police body and dashboard cameras show the encounter the officers had with Brooks at  a Wendy’s restaurant on Friday.
In the video, the officers approach Brooks who was asleep in his car, and after a brief discussion, Brooks was submitted to a field sobriety test, which he failed.

Brooks offered to lock his parked car and walk home, but police informed him he would be taken into custody. After a struggle Brooks grabbed Brosnan’s stun gun and tried to flee the scene. Rolfe shot Brooks in the back when Brooks pointed the stun gun in his direction.

Brooks later died in surgery at a local hospital.

Howard said that Brooks’ demeanor during a 41-minute discussion played a part in his decision to charge the officers. “Mr. Brooks never presented himself as a threat,” Howard said.

Howard also said that Brooks was never informed that he was under arrest, and he was “grabbed from behind” by officers before a struggle ensued.

While describing his office’s decision, Howard also noted that the officers failed to apply medical attention to Brooks for more than two minutes after shooting him. He added that Rolfe kicked Brooks, and Brosnan stood on Brooks’ shoulder.

“The officers’ actions did not reflect fear toward Brooks,” Howard said.

Howard said Brosnan admitted to standing on Brooks as part of his cooperation as a state’s witness in the case against Rolfe.

Howard recommended Brosnan be released on $50,000 bond upon his arrest. He also recommended no bond for Rolfe.

The shooting sparked new demonstrations in Georgia’s capital against police brutality, after occasionally turbulent protests in response to George Floyd’s death in Minneapolis had largely simmered down.