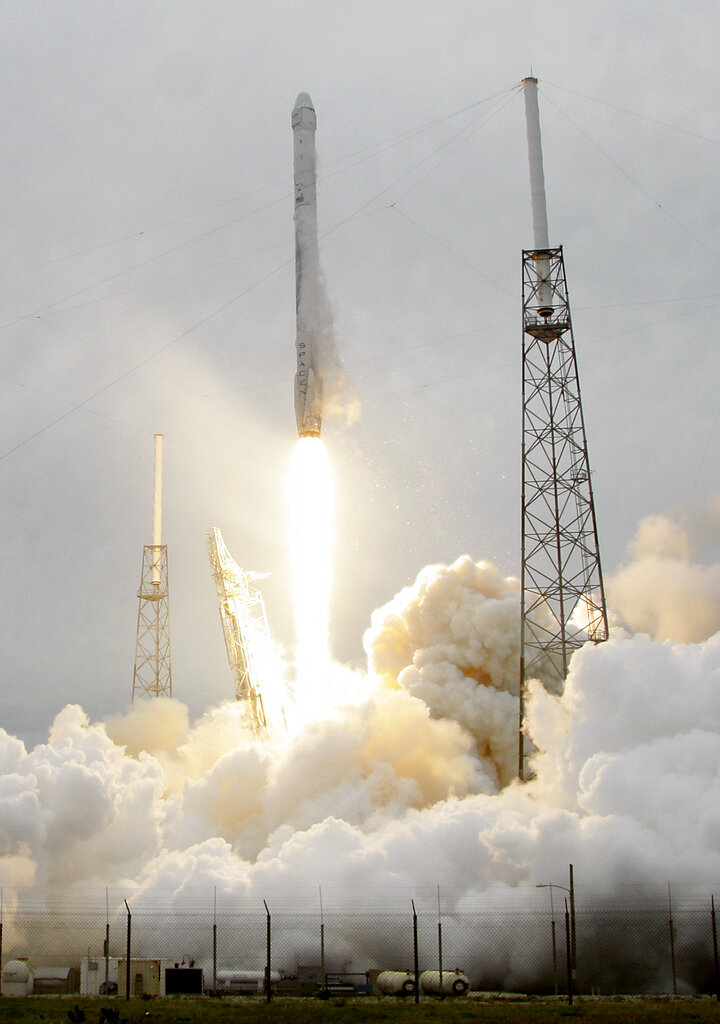 A rocket carrying the SpaceX Dragon ship lifts off from launch complex 40 at the Cape Canaveral Air Force Station in Cape Canaveral, Fla. on Friday, April 18, 2014. The mission will deliver research equipment, food and other supplies to the International Space Station. (AP Photo/John Raoux)

The rocket was constructed in NASA’s massive Vehicle Assembly Building and took 10 hours to reach the launch pad 4.2 miles away.

The 322-foot unmanned rocket is scheduled to take off on the 29th of August for a test flight around the moon.

Technicians at NASA have also attached the Orion spacecraft, a cockpit that, NASA hopes, will be transporting astronauts back to the moon in 2025.

The trip is intended to take 6 weeks and Artemis 1 is expected to return to Earth intact.