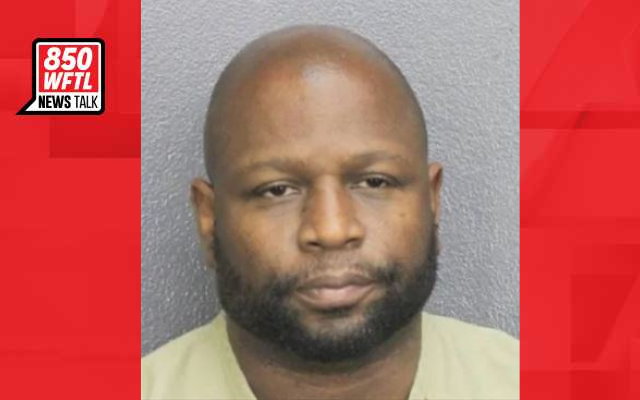 (BROWARD COUNTY, FL)– A local jail guard is now behind bars after he illegally conducted a traffic stop and pointed a gun at a vehicle that reportedly cut him off.
53-year-old Eric Tyre Harris was taken into custody on oct. 3rd.
Police say Harris was traveling east in the 5000 block of W. Commercial Boulevard in Tamarac when he was cut off by a blue 2018 Ford Fusion around 9:30 a.m.
When Harris caught up to the vehicle at the next traffic light, he flashed his badge and told the driver to pull over.
The driver was said to have ignored Harris’ commands so Harris followed them into a Walgreens parking lot.
Once in the parking lot, Harris cornered the vehicle and pointed a gun at them.
He then ordered the driver and other passengers, which included two children, to get out of the car and onto the ground.
One of the passengers was able to call 911 and remained on the phone with an operator until authorities arrived.
Harris admitted to flashing his Florida Department of Corrections badge and to pulling out his handgun.
He told deputies that he smelled marijuana coming from the vehicle and was not sure if they were armed.
Harris has since been arrested and is facing five counts of aggravated assault with a deadly weapon.