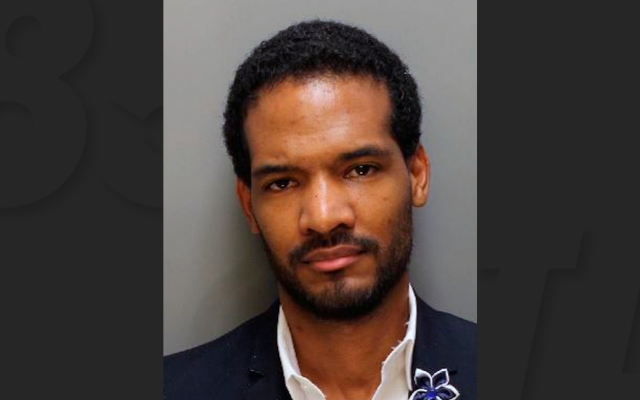 A former police officer with a Philadelphia police department is charged in the shooting death of a 12-year-old.
26-year-old Edsaul Mendoza was charged on Monday, for the incident that occurred on March 1st.
According to the report, Mendoza was one of four officers who were surveilling an area in South Philadelphia as part of a gun investigation.
At around 7:30 p.m., the officers, dressed in plain clothes, noticed two people on a street corner.
The officers then identified one of the suspects as 17-year-old “NK,” who was wanted for questioning. The other was 12-year-old Thomas “TJ” Siderio.
The officers drove up to the pair in an unmarked police car, and that’s when Siederio opened fire on the vehicle.
A bullet struck the rear window and shattered the glass before going through the driver’s headrest.
Three of the officers took cover while Mendoza engaged in a foot chase.
Mendoza then opened fire on both suspects.
Siderio was said to have discard the gun and laid face first on the ground.
Mendoza then directed his fellow officers to search for the gun and fired two more rounds at the suspects.
The child was shot while still on he ground.
During the announcement of charges, District Attorney Larry Krasner said Mendoza knew the child was no longer a threat but continued to shoot at him:
“Thus when Officer Mendoza fired the third and fatal shot, he knew the 12-year-old, 5-foot tall, 111-pound Thomas Siderio no longer had a gun and no ability to harm him,” Krasner said.
The child was taken to an area hospital where he died from his injuries. One of the officers was also taken to the hospital for treatment after getting glass in his eye.
Mendoza is charged with first-degree murder, third-degree murder, voluntary manslaughter and possession of an instrument of crime with intent to use it criminally, said Krasner.
A preliminary hearing is set for May 16th.