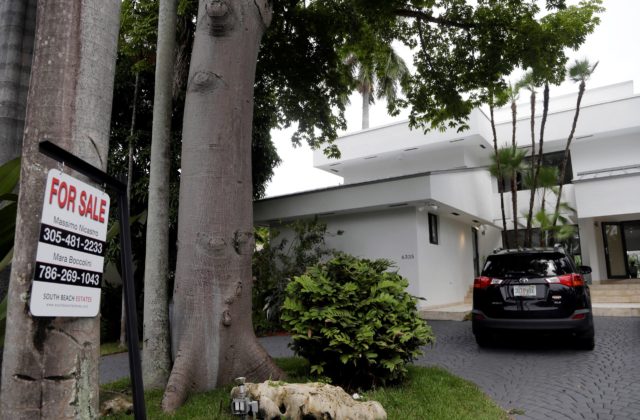 In this Wednesday, Sept. 24, 2014 photo, a For Sale sign is posted outside of a newly renovated waterfront property on the market during a viewing for brokers, in Miami Beach, Fla. Freddie Mac reports on average U.S. mortgage rates for this week on Thursday, Nov. 20, 2014. (AP Photo/Lynne Sladky)

(TALLAHASSEE, FLA) — Miami State Rep. Daniel Perez says ahead of today’s special session in Tallahassee “When it comes to property insurance reform, no one will be safe.” Lawmakers are meeting to address a crisis for many homeowners who have been dumped by their carrier and forced to go to the insurer of last resort, Citizens. Perez says everyone’s gonna get looked at, including attorneys, insurance companies, public adjusters and consumers.

Prior to this special session, Florida lawmakers released a massive property insurance bill that would create a $1 billion reinsurance fund, seek to reduce insurance lawsuits and force more people out of the state-created insurer of last resort even if it means property owners end up paying more.

“The goal we all share is for Florida to have a robust property insurance market that offers homeowners the opportunity to shop for insurance that meets their needs and budget. We also want to make certain that when damage occurs, claims are paid promptly and fairly,” Republican Senate President Kathleen Passidomo said in a news release.
Lawmakers are expected to vote on speeding up the claims process and make changes to discourage what they call frivolous lawsuits. If passed, the bill would get rid of the state’s assignment of benefits laws, in which property owners sign over their claims to contractors who then handle proceedings with insurance companies.

It would also force people with the state-funded Citizens Property Insurance policies to pay for flood insurance and require they move to private insurers if they offer a policy up to 20% more expensive than Citizens.

The Senate and House bills are identical, which means the measure should sail through the Republican-dominated Legislature.

Florida’s insurance woes have been ongoing for years. The legislature held a special session in May to try to stabilize the market. The Legislature passed two bills – Senate Bill 2D and Senate Bill 4D – and Governor DeSantis signed each on May 26, 2022.

Both bills include changes that will impact you as a property insurance policyholder. Click here to read the bills.