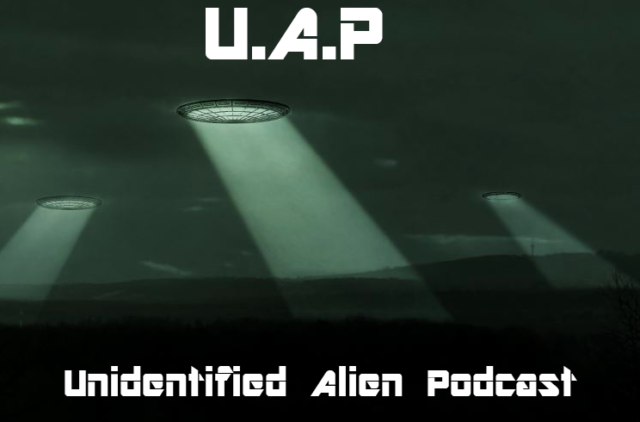 Just in time for World UFO Day, Friday July 2, 850WFTL’s Stephen Diener and Karen Curtis have launched a new podcast on the hot topic.
The UAP – Unidentified Alien Podcast will shed light on the latest findings by the US government’s newest task force UAPTF and the phenomena that remains in the shadows.

Congress last year required the creation of a report on UAP’s delivered last week. While its lack of conclusions has already been made public, the report still represents a milestone in the study of the issue.
The Unidentified Aerial Phenomena task force is a provision of the 2021 Intelligence Authorization Act, which was signed last December, and called on the Director of National Intelligence, in consultation with the Secretary of Defense and the heads of various pertinent agencies, to produce an “intelligence assessment of the threat posed by UAP and the progress the UAPTF has made to understand this threat.” U.A.P., or “unidentified aerial phenomena,” is the revamped acronym for the perennial enigmas previously known as “U.F.O.s”; the U.A.P.T.F. is a task force that was established to investigate them.

The report cited 144 sightings of UAP, 80 of which had been detected by multiple sensors, according to the DNI’s office. Moreover, “a handful” of the documented UAP “appear to demonstrate advanced technology,” the report said.

“In 18 incidents, described in 21 reports, observers reported unusual UAP movement patterns or flight characteristics. Some UAP appeared to remain stationary in winds aloft, move against the wind, maneuver abruptly, or move at considerable speed, without discernable means of propulsion,” the report said.

The release of the report to the public follows several videos of UFOs that have been authenticated by U.S. officials.

Listen to the debut episode of UAP here. Download, subscribe and catch new episodes that drop each Friday morning.