Couple caught stealing from Walmart with children in tow 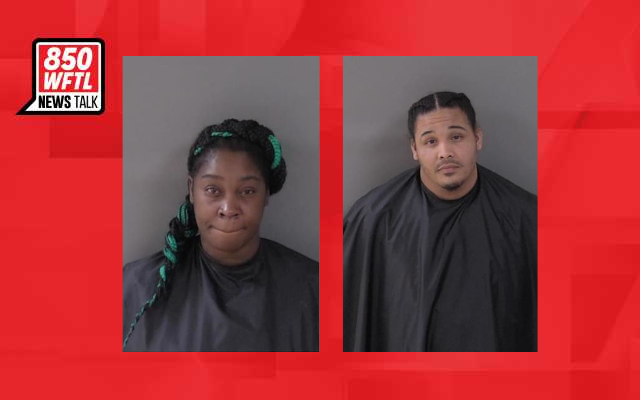 VERO BEACH, FL)–
Police say a couple was caught stealing from a Walmart store in front of their three small children.
The incident occurred at the store on 20th Street in Indian River County on November 5th.
Authorities say 33-year-old Shetarra Denise Taylor and 28-year-old Zachary Wilfredo Feliciano began taking items off of the shelves and stuffing them into small backpacks as they walked through the store. Feliciano then returned the empty boxes to the shelves, and the couple exited the store through the Home & Living department.
Taylor told authorities that she noticed items started to go missing from her basket but that she did not steal anything and was unaware that Feliciano was stealing.
Feliciano told investigators that he only stole the items to sell them so that he could provide for his family since his full-time job did not allow him to. He also reported that Taylor was unaware of what was happening.
Surveillance video, however, showed Feliciano stuffing the items into the backpacks while Taylor watched and seemingly helped him to conceal them.
Authorities found a package of diapers, an Xbox game and access card, glasses, waffles, and a brake light in the couple’s possession.
They were both arrested and have since been freed on bond.