Brittney Griner freed in Russian swap for “Merchant of Death” 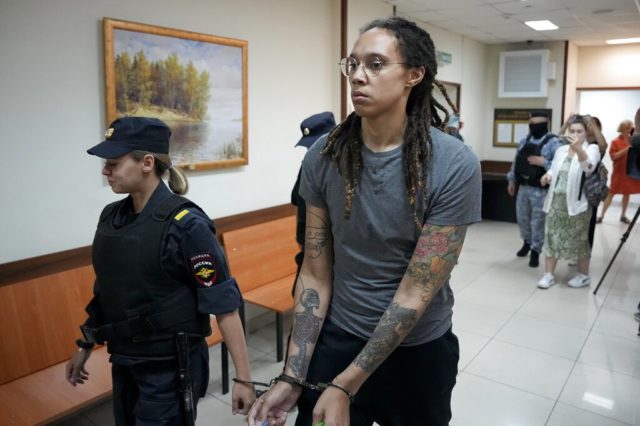 (MOSCOW, RUSSIA) — WNBA star Brittney Griner is out of Russian custody in exchange for arms dealer Viktor Bout.
President Biden has spoken to Griner and says, “she is safe.”

Moments ago I spoke to Brittney Griner.

According to reports it was a one-to-one swap and did not include Paul Whelan, a former US Marine serving time in Russia as an accused spy.
Biden said Whelan’s case is being treated differently by the Russians. He added it wasn’t a choice of who he wanted to come home and good faith negotiations will continue.
Earlier this fall, a Russian court upheld Griner’s drug conviction and nine-year prison sentence. She was in custody since February when screeners at a Moscow airport found vape cartridges containing a small amount of hashish in her luggage.
In 2020, Phoenix Mercury and WNBA star Brittney Griner told The Arizona Republic that she didn’t think the national anthem should be played before WNBA games and she said that she would not be on the floor if it was.
The 55-year-old Viktor Bout has been dubbed “the merchant of death” and “the sanctions buster” for his ability to get around arms embargoes. He was sentenced to 25 years in prison in April 2012 after being found guilty of conspiracy to kill Americans and US officials, delivering anti-aircraft missiles and aiding a terrorist organization.