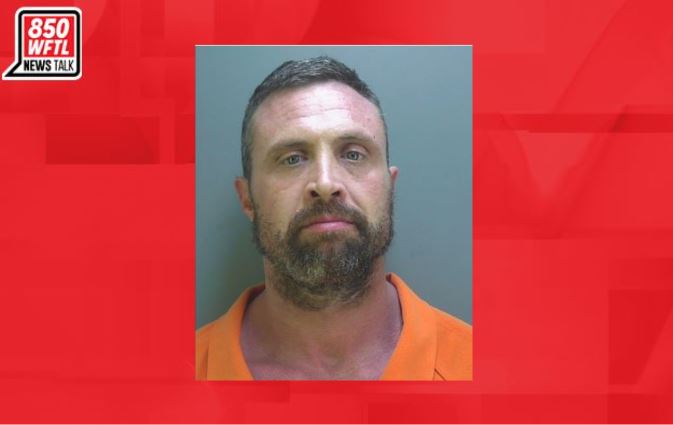 (TAMPA, FLA) — A Florida man is accused of killing his ex-wife in a rage when she stopped by his house to pick up some of her belongings.
43-year-old Ian Baunach of Tampa is accused of incinerating his ex-wife in an oil drum in his backyard after taking back her wedding band and engagement ring, according to the feds.
The gruesome new details are revealed in a criminal complaint unsealed Tuesday in Tampa federal court, charging Ian Christopher Baunach with possession of 13 unregistered firearm silencers.
He has pleaded not guilty to killing the mother of his two children.


Court records show that police discovered a “fresh burn pile” in on his five acre property where they found a human jawbone—with a tooth still attached.
Human remains were found inside a 50-gallon barrel that reeked of decaying flesh.
“The interior of Baunach’s vehicle trunk glowed blue after law enforcement applied the luminol,” according to the complaint.
Also, the hallway connecting the garage to the house’s foyer showed “signs of a physical struggle,” the complaint continues. One of the walls seemed to be damaged, and officers saw exposed screws where a broken mirror had once been mounted.
According to the complaint, Baunach told detectives that “Katie had contacted him a couple of nights earlier, saying she needed gas for her car. When she arrived, the two got into an argument over another woman.”
Baunach also “admitted to being angry that Katie Baunach filed for and received a domestic violence injunction against him.”
Baunach has denied killing his ex-wife. He’s being charged with first-degree murder and cremating a dead body.

Baunach, a body builder, was arraigned Monday on first-degree murder charges in the death of Katie Baunach, 39, along with charges including failure to report a death to the medical examiner and 12 counts of possession of controlled substances without a prescription, for a cache of steroids allegedly found in his home.

Baunach remains in custody at the Hendry County Jail, according to booking records. Each federal count with which Baunach is charged carries a maximum penalty of 10 years in prison. If convicted on the state charge of first-degree murder, Baunach faces life in prison or the death penalty.
On social media, Baunach, an avid bodybuilder, claims to be an ex-Marine who attended Jerry Falwell’s Liberty University.