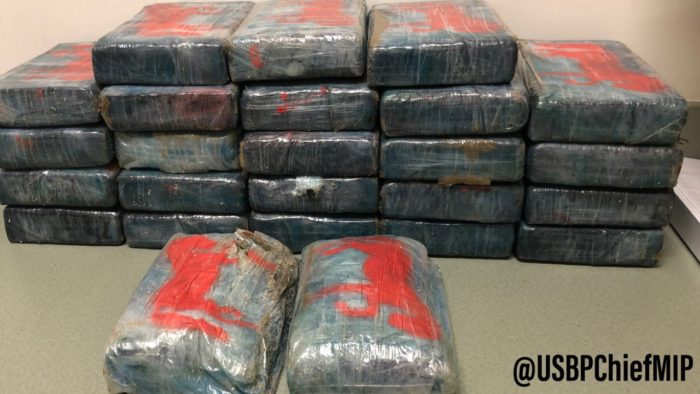 PALM BEACH, Fla. — You never know what you’ll find washed up on a South Florida beach. This year alone people have stumbled upon a sea mine, a military drone and now 65 pounds of cocaine.

Over the weekend, one Palm Beach beachgoer found tightly wrapped bricks of cocaine with a red horse insignia spray painted on them washed up on the beach. The street value of the drugs $1.5 million according to customs officials.

An official with U.S. Customs and Border Protection says the beachgoer did the right thing and alerted authorities.

Palm Beach, FL; Over the weekend, a beachgoer discovered over 1.5 million dollars worth of cocaine washed-up along the shoreline. The package contained 65 lbs. of cocaine & was turned over to U.S. #BorderPatrol custody.#breakingnews #palmbeach #florida pic.twitter.com/JFiEx8TOjT