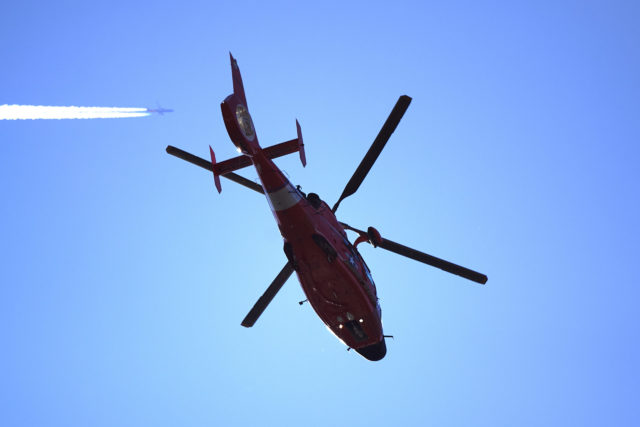 DEEP POINT, MD– Rescue crews are searching for a 10-year-old girl who went missing after her she and several other family members were swept away by a current while swimming at a campground.
The incident occurred at Camp Merryelande near Deep Point, Maryland, on Sunday.
Dive teams, boat crews, and helicopters joined the search for the family and two people have since been recovered.
One of them was rescued by a Good Samaritan.
Family members reported that the 10-year-old was last seen struggling to swim before they lost sight of her. The Coast Guard reported that they have launched an Air Station Atlantic City MH-65 Dolphin Helicopter aircrew and a Coast Guard Station St. Inigoes 45-foot Response Boat-Medium boat crew.